GREAT WALKS IN THE VENETO

The Vedette trail is a beautiful hike to do in the Prosecco hills on the Treviso Pre-Alps in Veneto. Walk that starts from Col San Martino arrives in Soligo for the sanctuaries of San Vigilio and Collagù along roads among the vineyards of Glera del Prosecco grapes. 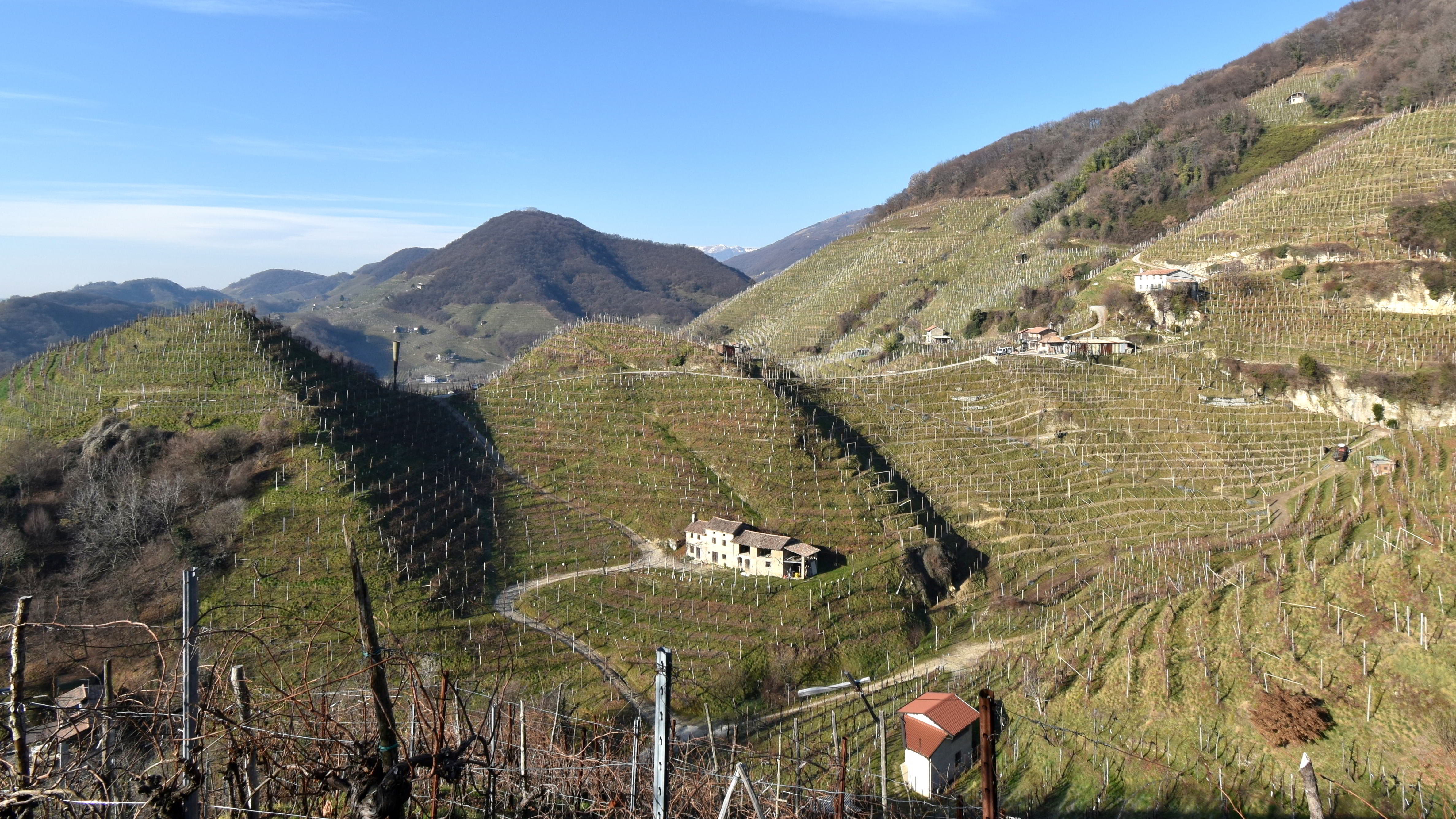 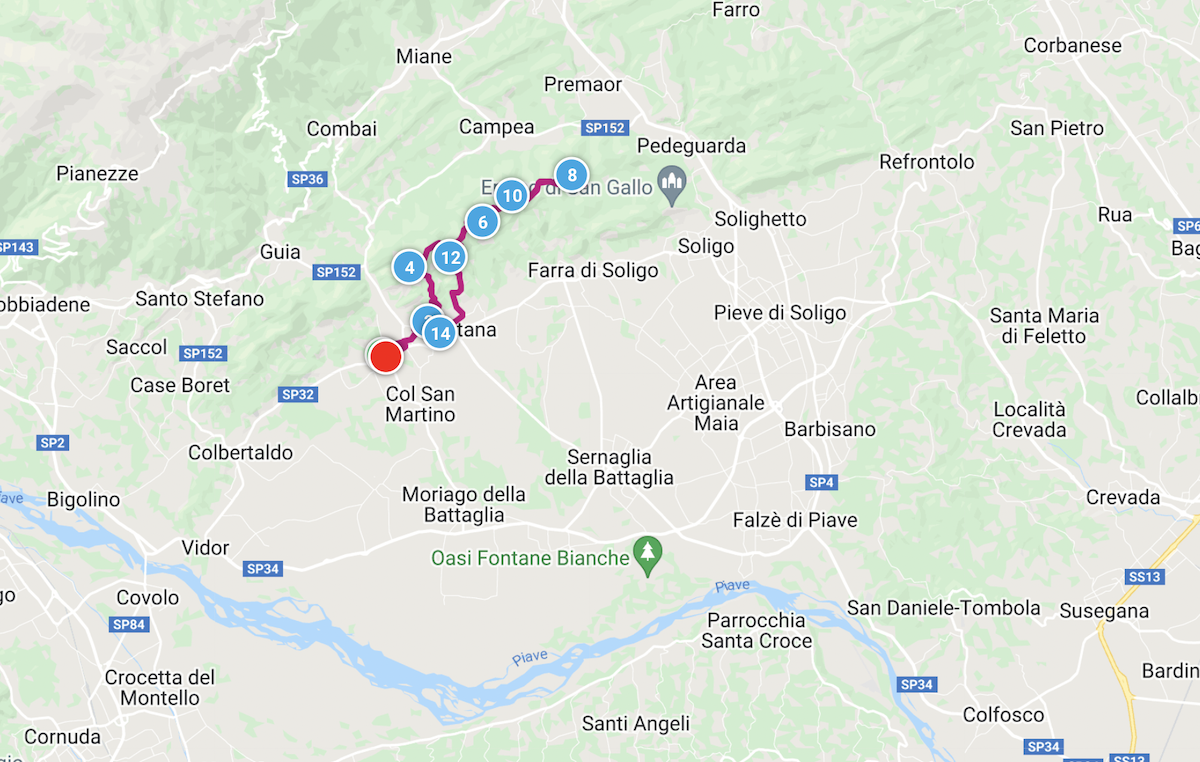 The Vedette trail, on the Prosecco hills, is a beautiful excursion to do in the Treviso Pre-Alps, at Col San Martino.  During this hike you will walk along paths and dirt roads immersed in the vineyards, planted with Glera grapes, for the production of Prosecco. The Vedette path is a path that connects Col San Martino with Soligo, along the summit ridge of this hilly group in the Venetian pre-Alps. The complete itinerary starts from Col San Martino and ends in Soligo, or vice versa, and is 11 km long one way. The ideal is to do this by having two cars, one parked in Col San Martino and one in Soligo. If you want to break it up, as described in this post, you can start from Col San Martino and, once you arrive at the Collagù sanctuary, go back. The excursion described here is of medium difficulty. You travel 16 km with 700 meters of elevation gain, considering the different ups and downs. The route is also called the “Lookout Trail”, because it was used by the Austro-Hungarian army as an observation point on the Piave, after the defeat of Caporetto during the First World War. There are a few remains of the trenches from the First World War and some shelters and shelters can be seen along the route. During the excursion to the Prosecco hills it is possible to visit two sanctuaries. Immediately, at the beginning of the excursion, you reach the Sanctuary of San Vigilio, which dominates the town of Col San Martino from above, with a splendid panorama. The second, is at the end of the route is the Collagù Sanctuary, dating back to the 1930s. It is also possible to make a small loop excursions  passing through other vineyards with panoramic views across the Venetian plain.

To do the lookout trail, described in this excursion, you need to reach the town of Col San Martino, in the Prosecco area. Leave the car in the church parking lot or in the parking lot as soon as you enter the village, head towards the road that climbs to the Sanctuary of San Vigilio. After crossing several streets in the town and taking the asphalted road that goes up to San Vigilio, you begin to climb steeply among the vineyards. Here there is a beautiful view of Col San Martino and the Treviso plain. Once you have reached the historic church, you will find the signs for the lookout path and continue along dirt and concrete roads immersed in the vineyards. Here you can be enchanted by the work of man and the art of growing grapes. Proceed now for a slight climb until you reach a crossroads not indicated where you have to proceed to the left. The path becomes steep again and, after going through several hairpin bends, you plunge into the woods. Climb further, for a real vertical path until you reach the top of the Col Moncader at 469 meters. We now proceed downhill following the morphology of the hilly crest, immersed in a wood of hornbeams that hide the view. Always following the path number 2, "path of the lookouts", you reach the Xocco fork and San Martino fork, along the peaks of the hills. In some cases they are avoidable with a side road that circumnavigates them. After passing the San Martino fork you leave the wood and you can admire the spectacle of the hills planted with vines again. By now we have also reached the sanctuary of Collagù, the final destination of the itinerary. For the return, proceed along the same path you did on the outward journey, finding further climbs to tackle due to the ups and downs of the hills. Going back, before going up the Col Mondader, there is a forest road on the left, which leads back to Col San Martino, always in the middle of the vineyards. 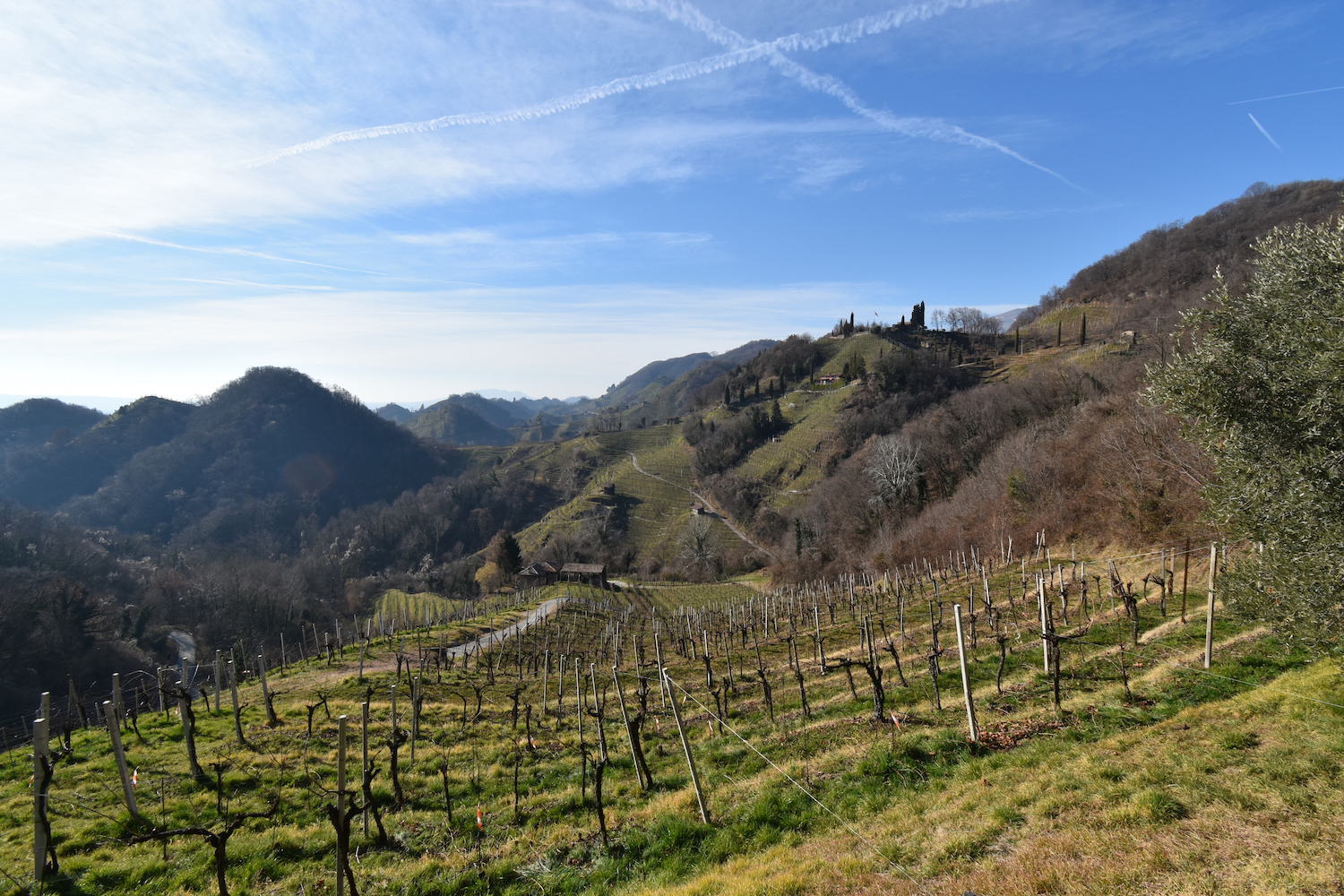 The most interesting part of the excursion remains the first and the last. Here you literally pass through the vineyards. The central part, on the other hand, is a bit more monotonous and tiring. Along the crest of the hills there are several very steep ramps. Furthermore, the whole central route develops in the middle of the hornbeam and ash wood, hiding a good part of the panorama on Mount Cesen and the other peaks of the Treviso Pre-Alps. This part is very reminiscent of the path of the Due Rocche, of Asolo and Cornuda. That said, it still remains an interesting low-altitude itinerary to do in Veneto, perfect for keeping fit if you don't like walking on snow and ice. This route is to be avoided during the very hot periods  of late July and August given the low altitudes. One last thing to consider is that during the vine growing period (from late spring to late summer) it is possible that many plant protection products distributed by air are used. 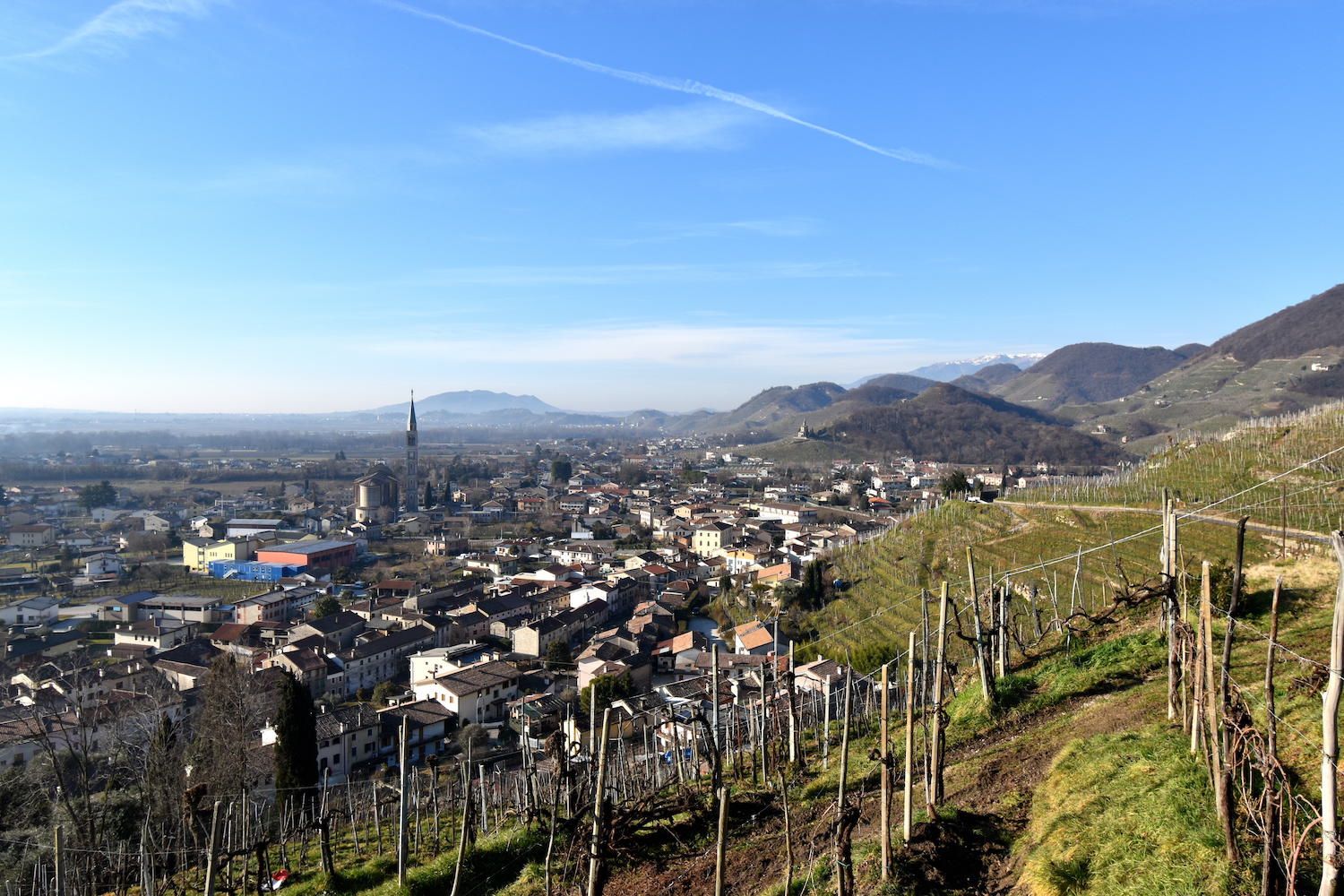 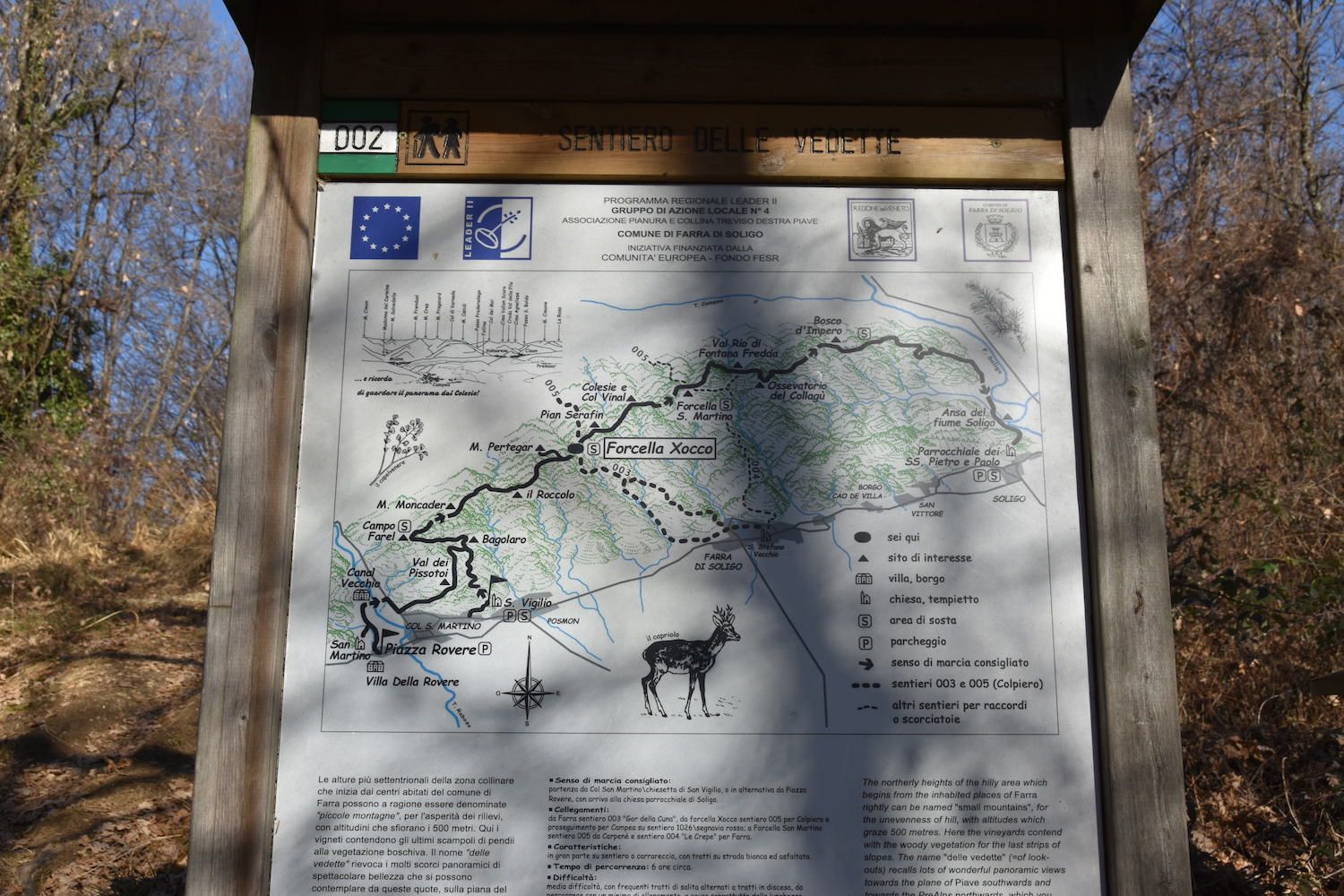 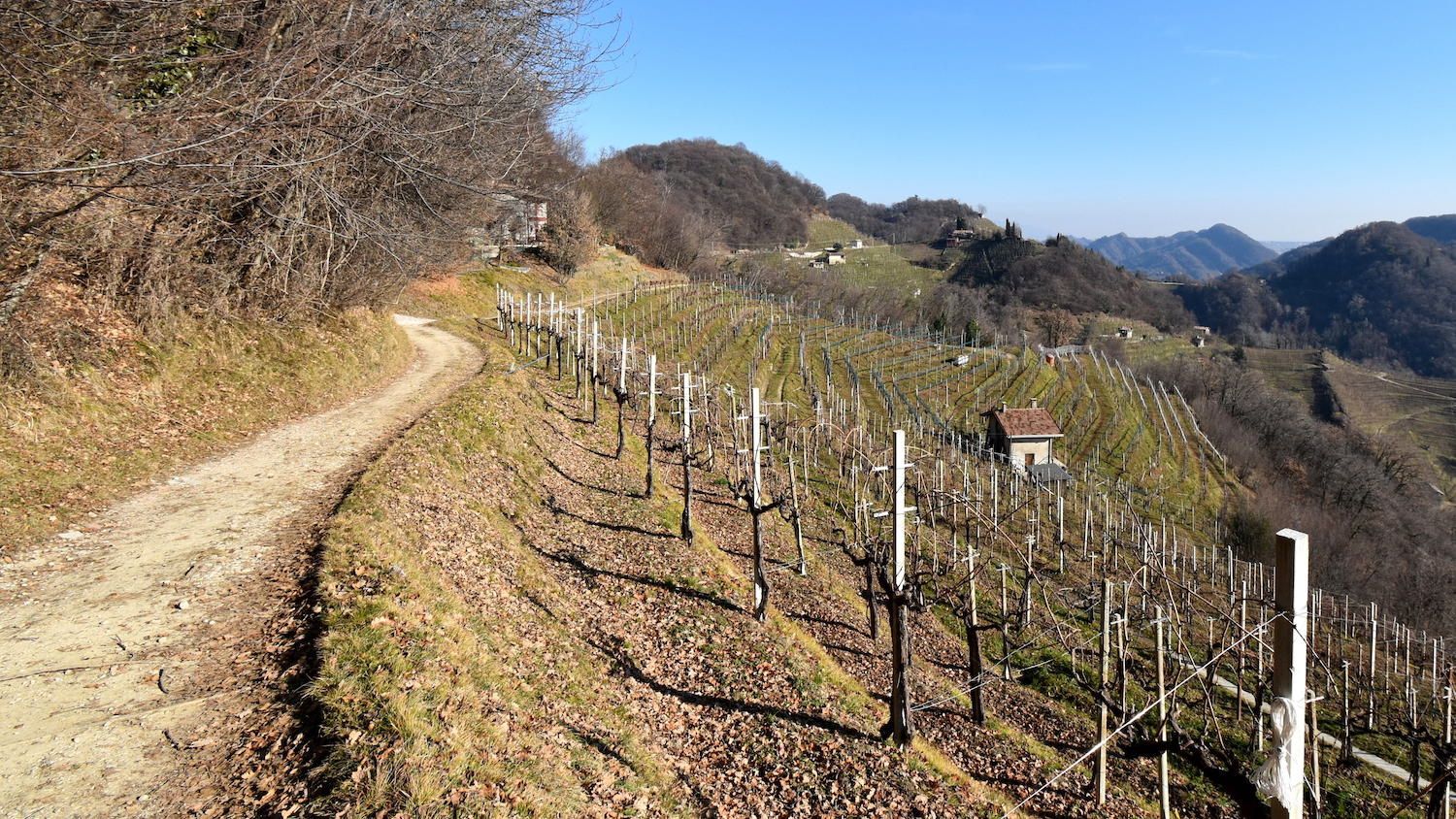 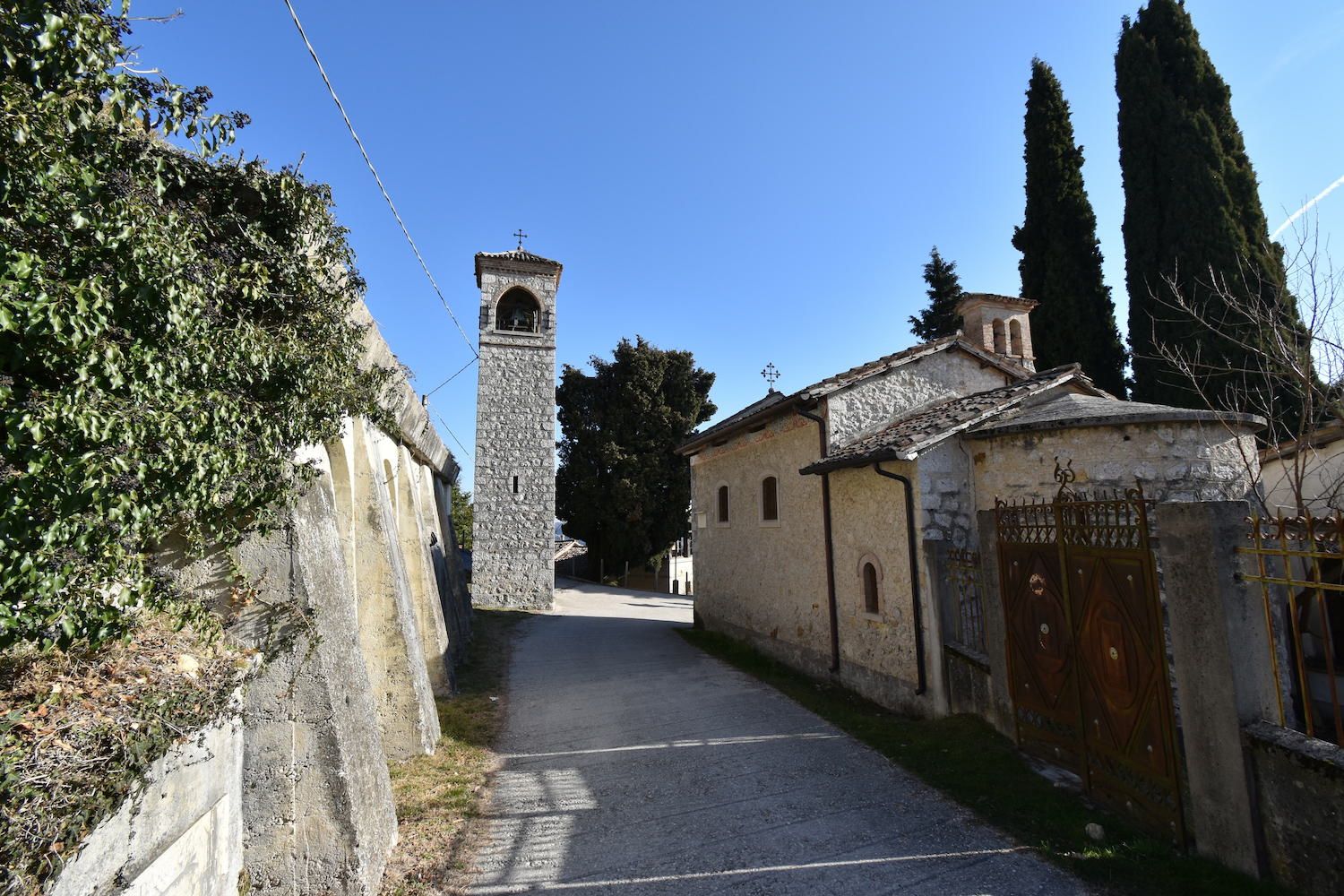 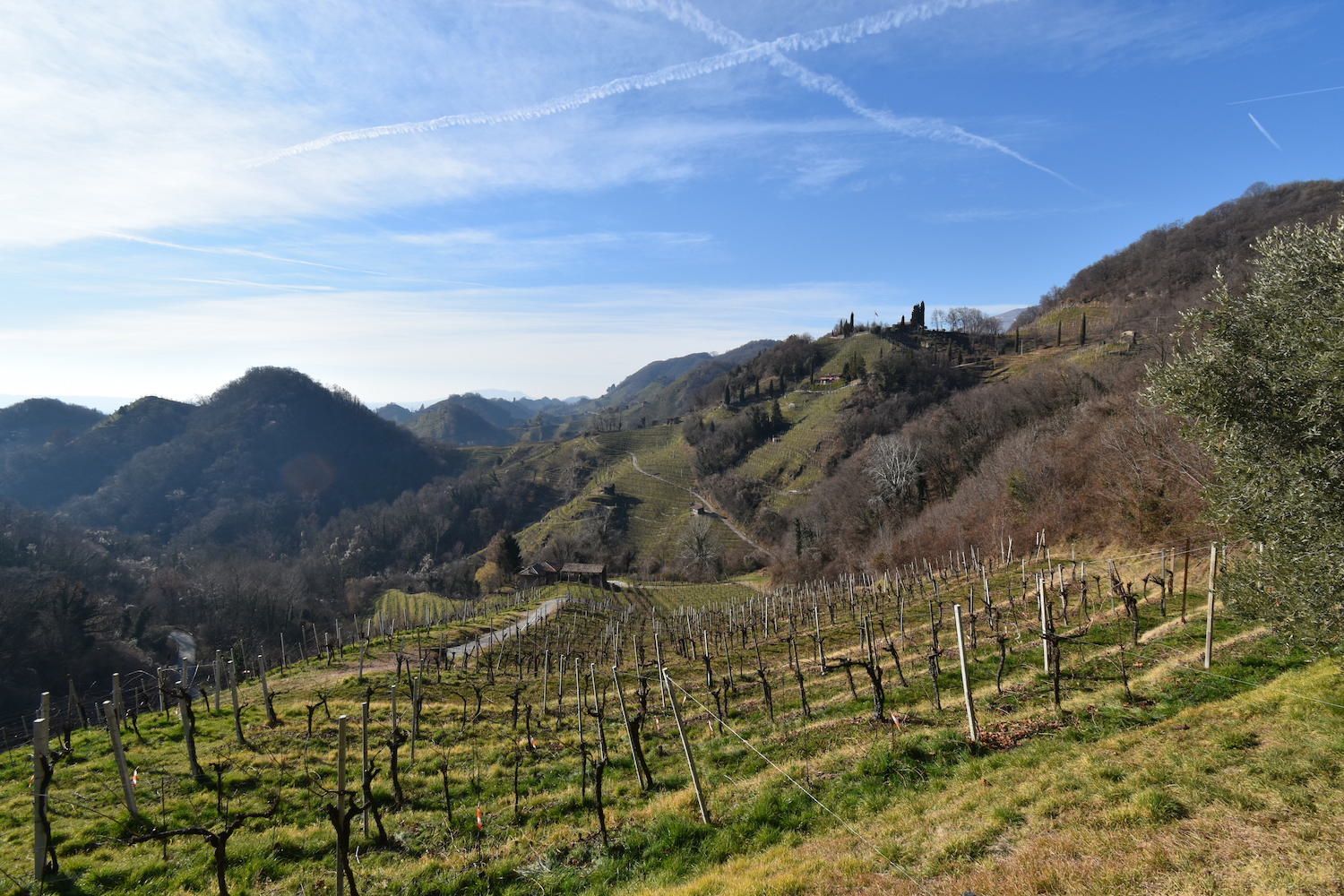 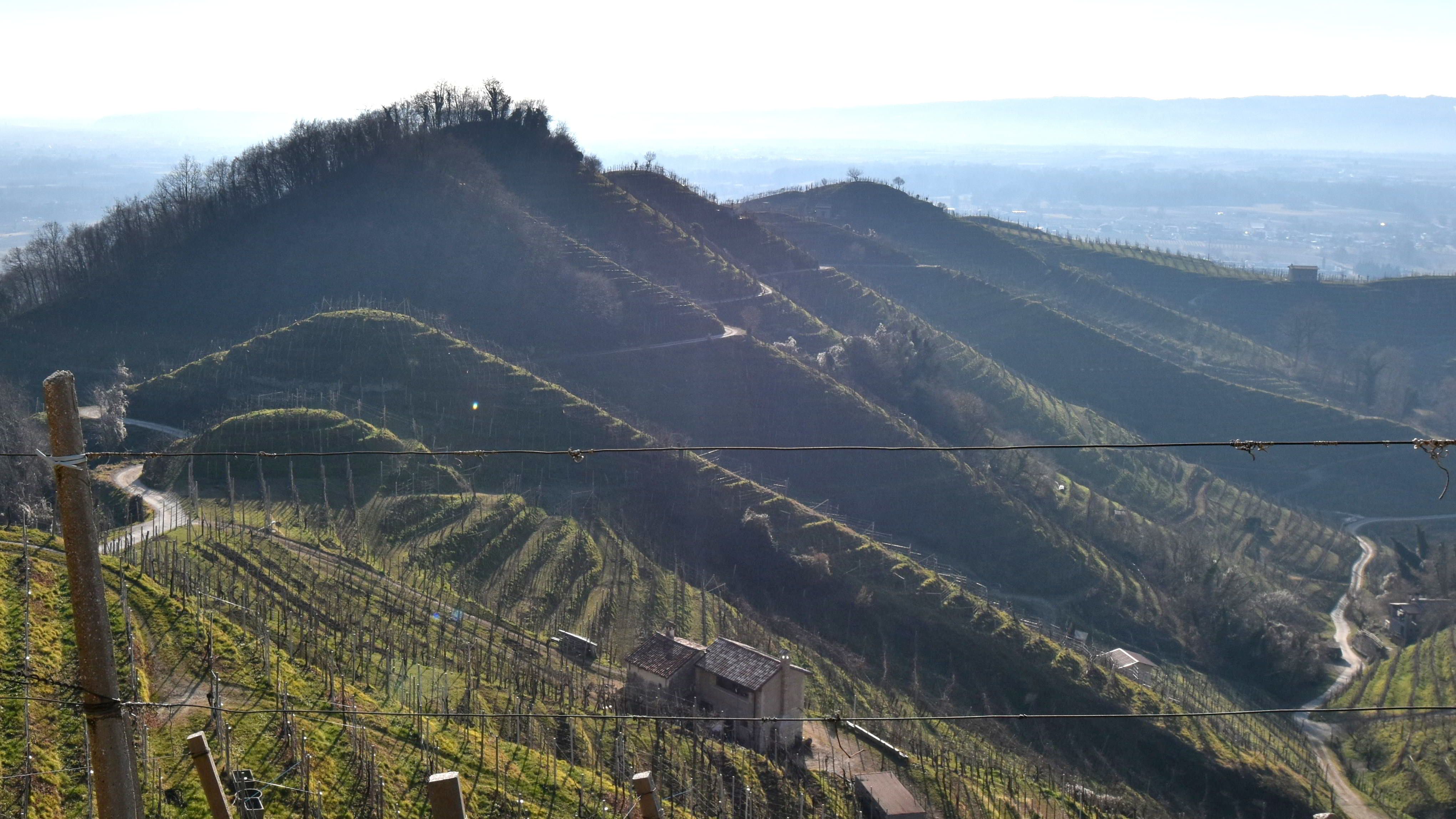