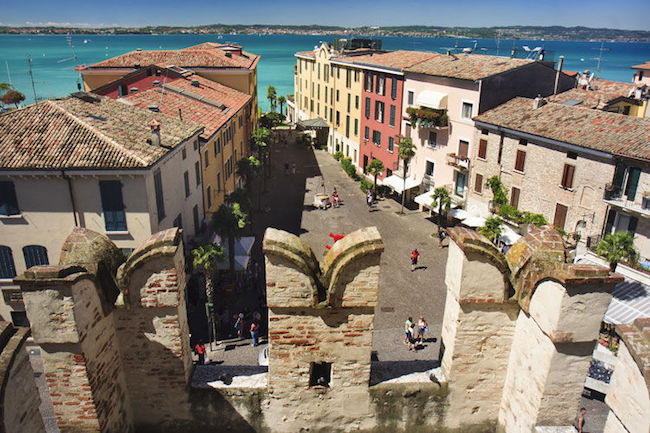 The peninsula of Sirmione stretches out for 4 km into the southern coast of Lake Garda and located in the Brescia Province of Lombardy Region. Sirmione's favourable location and climate explain the presence of man through all ages of history, from the pile-dwelling settlements onwards. Artists and poets have visited and written songs about this town , bearing witness to the fascination exerted in all ages. The old town stands on a triangle of land a little over a mile long and about seven hundred metres wide, on which 3 hills rise less than three hundred metres above sea level: Cortine, San Pietro and the "Grotte di Catullo".

‘A gem among peninsulas’, was Catullus’ definition and he had good reasons for his label: to this day Sirmione occupies a unique, privileged position.  Guarded by the massive “Scaligera” fortress, built in the 13th century by Mastino I della Scala, the town’s green olive trees crown the remains of a grandiose Roman villa, and stretch out to the blue waters. A drawbridge separates the complex from the mainland. 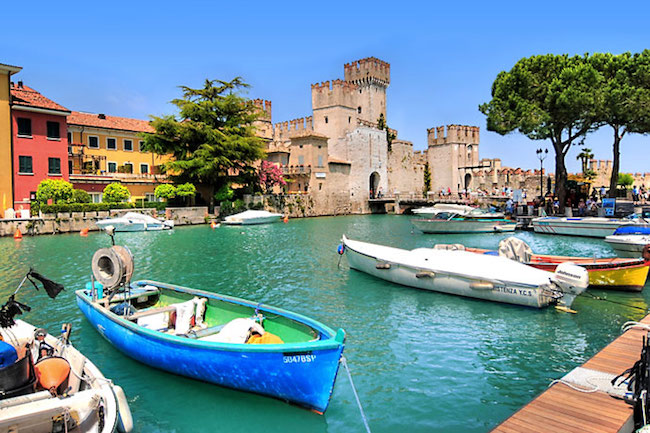 The peninsula, is made up of three hills: the one to the east is called Cortine, one to the west is known as Mavino and the northern one takes its name from the spectacular Roman settlement known as the Caves of Catullus. But practically every corner in this region has traces of its Ro- man origins: Roman noblemen, attracted by the incredibly mild climate and the beauty of its landscape during the Imperial Age, chose to build their sumptuous villas in this area.

In Cortine, votive memorials to Jupiter and Mercury have been found near the site of the former church of St. Salvatore, as well as memorial stones dedicated to the Roman emperors Constantine and Julian the Apostate. In Mavino, the attractive church of St. Peter, lies on an ancient pagan temple amidst green olive trees that slope down towards the lake. Salò comes into sight after nearly one hour on board the vessel. 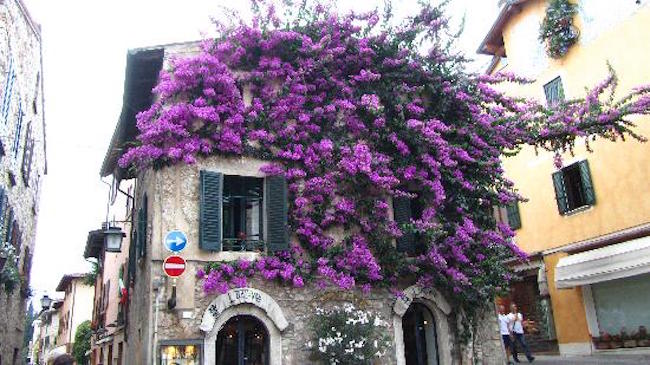 The Middle Ages | History of Sirmione

History of Venetian Rule in Sirmione