Monte Baldo is a mountain range in the Italian Prealps, located in the provinces of Trentino and Verona. Its ridge spans mainly northeast-southwest, and is bounded from south by the highland ending at Caprino Veronese, from west by Lake Garda, from north by the valley joining Rovereto to Nago-Torbole and, from east, the Val d'Adige. The name derives from the German ("forest"); it appears for the first time in a German map in 1163. The Peace Trail (Sentiero della Pace), one of the most important long distance trails in Northern Italy, leads over the range. The ridge is reachable through a cable car from the nearby town of Malcesine, lying on the Lake Garda. 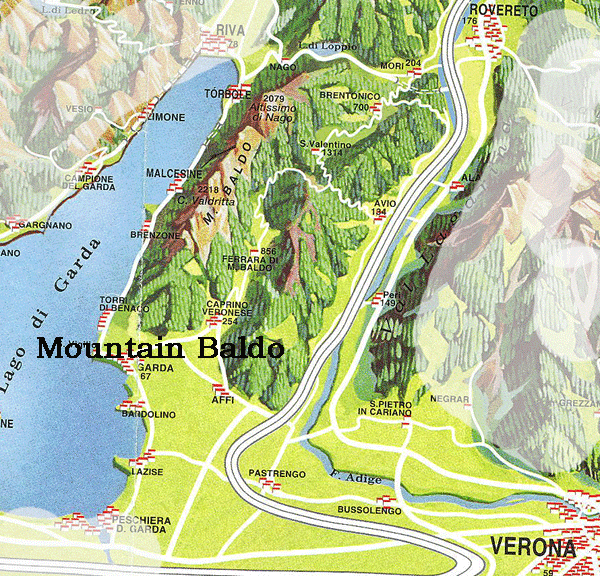 Monte Baldo shadowes the eastern shore of Lake Garda and offers a unique active vacation destination.  The mountain is almost equally split by the provincial boundaries of Verona Province and Trento Province. Monte Baldo's base starts at just over 100 meters of elevation and the highest peak is 2218 meters a.s.l.  This sudden rise allows you to pass through 5 ecological zones, on your way to the summit.

Monte Baldo’s ridges run for nearly 40 km along the eastern coast of Lake Garda, cutting a fine profile as they rise sheer from the lake shore to Cima Telegrafo and Cima Valdritta, both over 2,000 metres. These summits form a natural belvedere over much of western Veneto Region, eastern Lombardy Region, and the lower part of Trentino-Alto Adige Region. 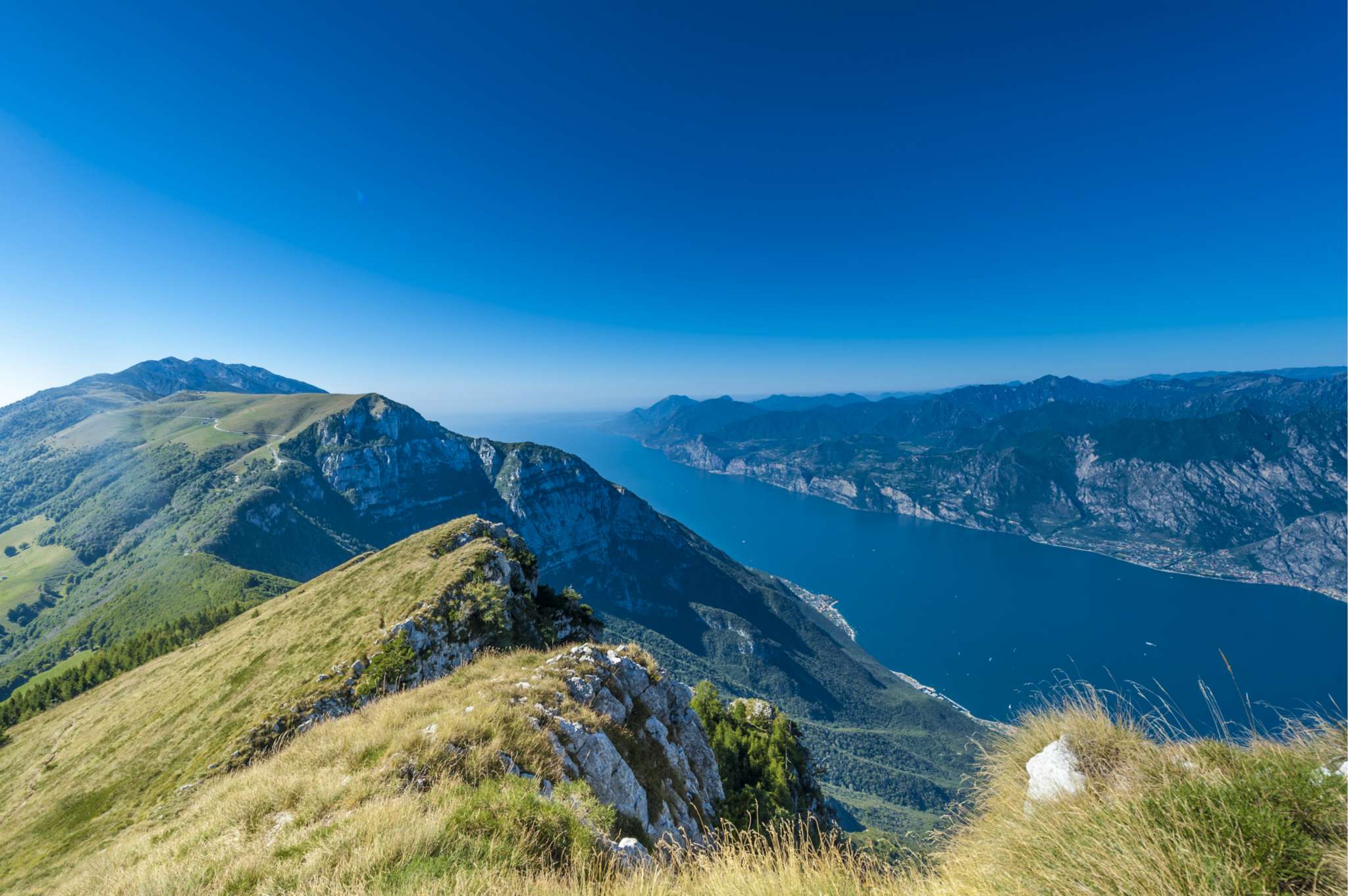 Mount Baldo is characterized by a geographical identity, a ridge parallel to Lake Garda, which stretches for , between the lake to the west and Val d' Adige to the east, and on the south it is bounded by plain Caprino and North Valley Loppio. Mount Baldo reaches its maximum elevation of 2,218 m with the Cima Valdritta, and its minimum elevation of 65 m on Lake Garda. Other prominent peaks in the range are Monte Altissimo di Nago (2,079 m), Cima del Longino (2,180 m), Cima delle Pozzette (2,132 m) and Punta Telegrafo (2,200 m).

Yet, it is not for these dramatic heights that this mountain is renowned, but for its flora: an immense botanical diversity, which earned Monte Baldo the title of ‘Hortus Italiae’ – the “Garden of Italy” – as far back as the 16th century. Monte Baldo owes its tremendous range of species to two main factors: the first is the wide geological variations, as the soil is mostly limestone broken up by basaltic lava, fossil-rich seams and more than 60 different types of marble.

The other factor is the broad range of microclimates: while the highest peaks have a distinctively Alpine feel, the lower slopes are subject to the benign climatic influence of Lake Garda, which acts like a natural greenhouse. The lake only froze once in recorded history (in 1701), and for its warm climate its shores host today a mix of olive and lemon trees, palms, cypress and other Mediterranean species.