THE TOWN OF LAZISE, VERONA PROVINCE 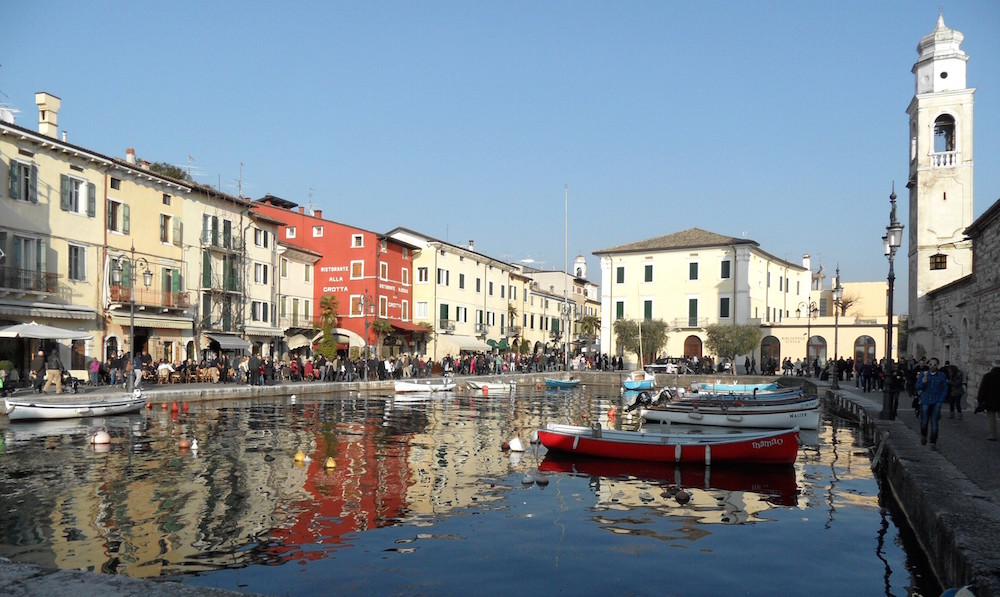 Lazise, Province of Verona, Veneto Region, Italy, is located along the eastern shores of Lake Garda, 23 km west of Verona, and has a fine castle and port. It is today a lively tourist center, with hotels, boarding houses, home rentals, a camping site managed by the town hall, right in the historical center of the town.

The town, whose name is derived from the Latin word lacus, has very ancient origin, it was a stilt huts settlement, later a Roman castrum, and an important medieval fortress. From 888 and 961 the kings of Italy Berengarius I and Berengarius II granted it the title of free town, independent of feudal lords, so it was the first free commune in Italy. Following emperors, though establishing feudal rule over the town, still allowed it to maintain a relative freedom of trade and military organization.

During the 13th and 14th centuries Lazise was under the Scaligeri of Verona who built the rocca and the docks. In 1405 it was conquered by Gian Galeazzo Visconti, Lord of Milan, and soon after by the Republic of Venice. Under Napoleon it was included in the Cisalpina Republic, but the Congress of Vienna (1815) delivered the town to the Austrian dominion. Only in 1866, after the third war of independence Lazise was again Italian territory.