Guide To Hiking In The Italian Mountains 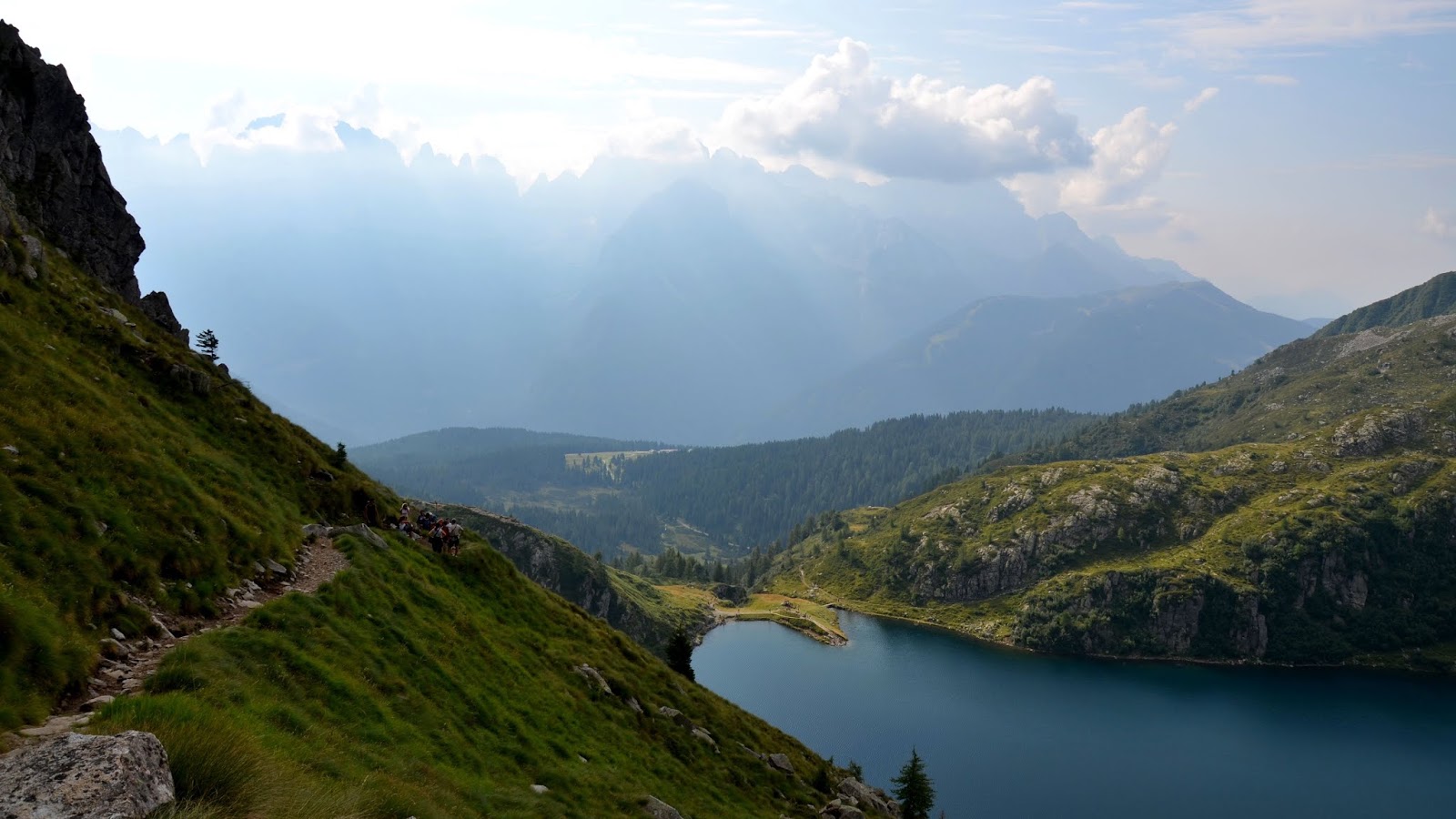 “Five Lakes Hike” or Giro dei cinque laghi is as the name implies, a grand tour of five exquisite lakes. Ritort, Labin, Serodoli, Gelato, and Nambino lakes. All are accessible via the ski lifts in Madonna di Campiglio making this a very accessable day trip for most hikers. Using the cablecar in just a few minutes, you’ll reach almost 2,000 meters and can take the trail to Ritort and on to the other lakes you can also return to the village using another car near the last lake or walk down to the valley. 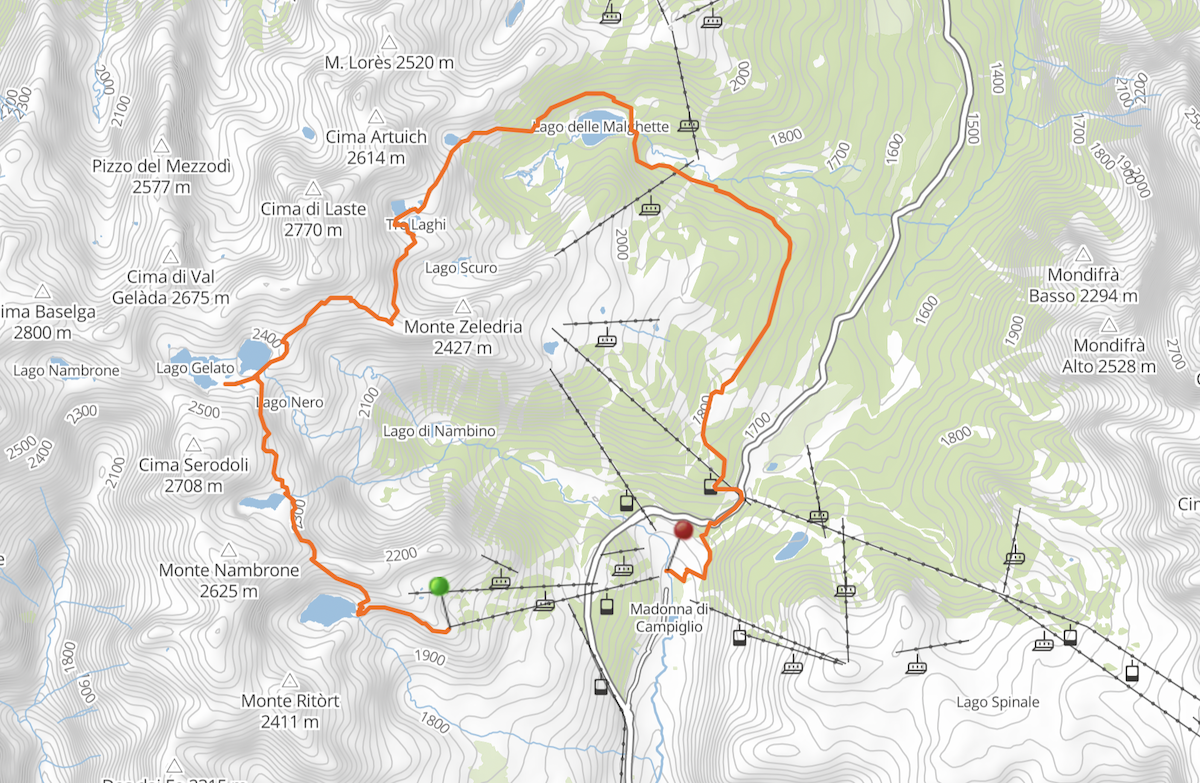 TIME TO WALK: 6 hours for the ring

The tour of the 5 lakes is one of the better known excursions that can be done in the Madonna di Campiglio area in Trentino area, and is located in the Adamello Brenta National Park. More precisely, you pass to the Ritorto, Lambino, Gelato, Serodoli and Nero lakes. If you decide to walk down to Madonna di Campiglio you will also pass to a sixth lake, Lake Nambino, where there is a nice rifugio to enjoy a meal or just relax. The 5 lakes are part of the group of the sub section of the Rhaetian Alps, know as the Presanella Mountains, and are were formed from glacial movement. Throughout whole Presanella group you will find several small lakes of glacial origin that are located above 2000 meters and throughout this excursion you will also find other small unnamed lakes. Along with the panorama of these lakes, immersed in nature, towards the east you will have stunning views the whole group of the Brenta Dolomites. The hike is not very demanding, the uphill gradient is minimal, however it requires some fitness training given the lenght of the walk. Also there are no shelters throughout the route, there are the small hut at the arrival cable car and at the end at Lake Nambino, so you will need to carry appropriate foul weather gear.

To reach the 5 lakes walk from the center of Madonna di Campiglio located the 5 lakes cable car (sign posted) and take it, arriving at the top you will reach the 5 Lakes Rifugio, at 2065 meters above sea level. From here you take the path 232, an easy flat path that in a short time will take you to the first lake, Lago Ritorto. From the Lago Ritorto continue along path 232 to reach the Passo Ritorto at 2277 meters above sea level. This is the only real uphill stretch and your highest elevation reached on the walk. From the pass you will begin a walk along the mountain ridge which, through various ups and downs, leads first to the Lago Lambin, then to the Lago Gelato and then Lago Serodoli. The route's descent begins after Lake Serodoli, which leads to Lago Nero, which you will first see from above as you walk down to it. This part of the descent takes you to the intersection of  path 217 which you take to Lago Lambino. Note that as you walk down from the Lago Nero you will arrive at a crossroads of two paths, both paths lead to Lago Lambino. Take one of the two paths and descend to Lago Nambino at 1728 meters above sea level. Finally, to close this circular excursion, return to Madonna di Campiglio on foot, always following the path or take the short walk up to the cable car that takes you down to the center of the village. 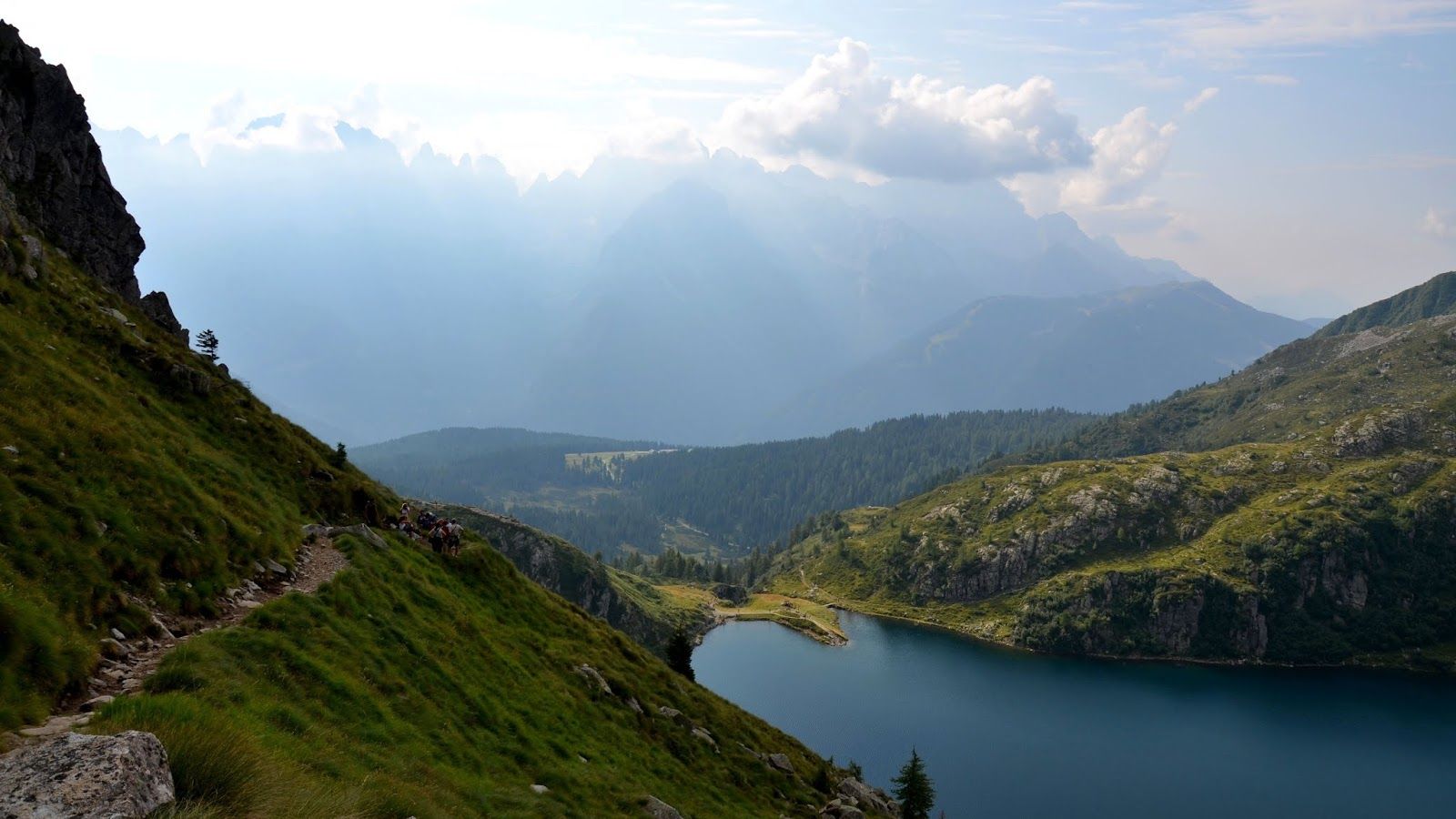 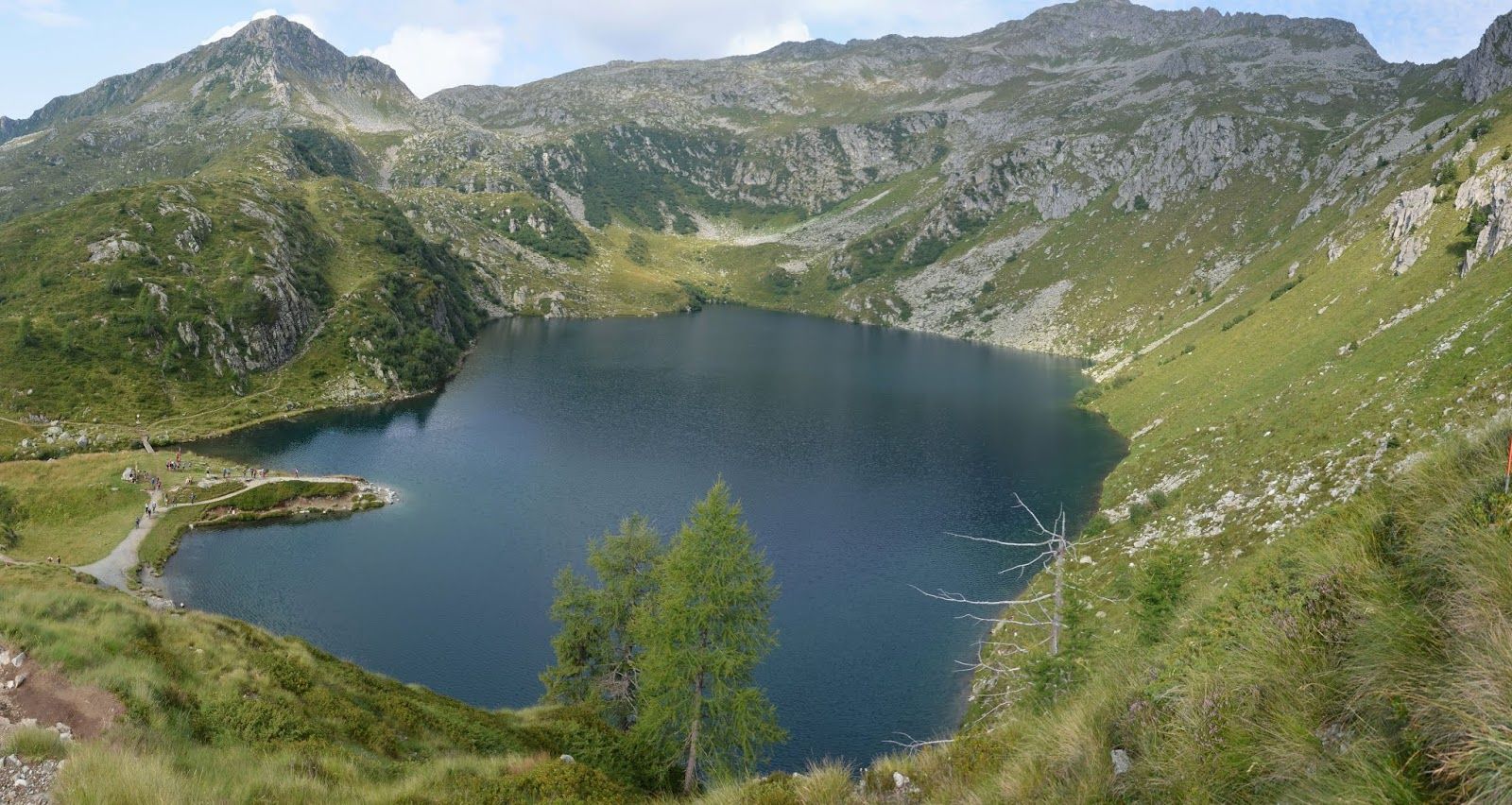