If you are researching for a vacation Riva del Garda is a popular destination in Northern Italy.  Riva del Garda is situated at the northern end of Lake Garda in the Trento Province of the Trentino Alto Adige Region. Known as "Benacus" by the Romans, the town is on a small plain formed by the rivers of the Sarca Valley.  The entire valley is surrounded by 2000 meter peaks of the Alps and Prealps.

Lake Garda is one of the most popular of the lakes in northern Italy, and Riva del Garda is among the highlights of a visit to the lake. The town has a fortress dominating the lakefront area and an interesting old town to explore full of narrow cobbled streets and pretty shady squares. The mild climatic conditions of the region can best be seen in the Mediterranean vegetation like agave, rosemary, prickly pears, and oleander grow spontaneously while among the cultivated plants, the olive-tree is very common. In Roman times the town was a commercial center of great importance due to its location on the shores of the Garda Lake and because of the closeness of the Sarca River. 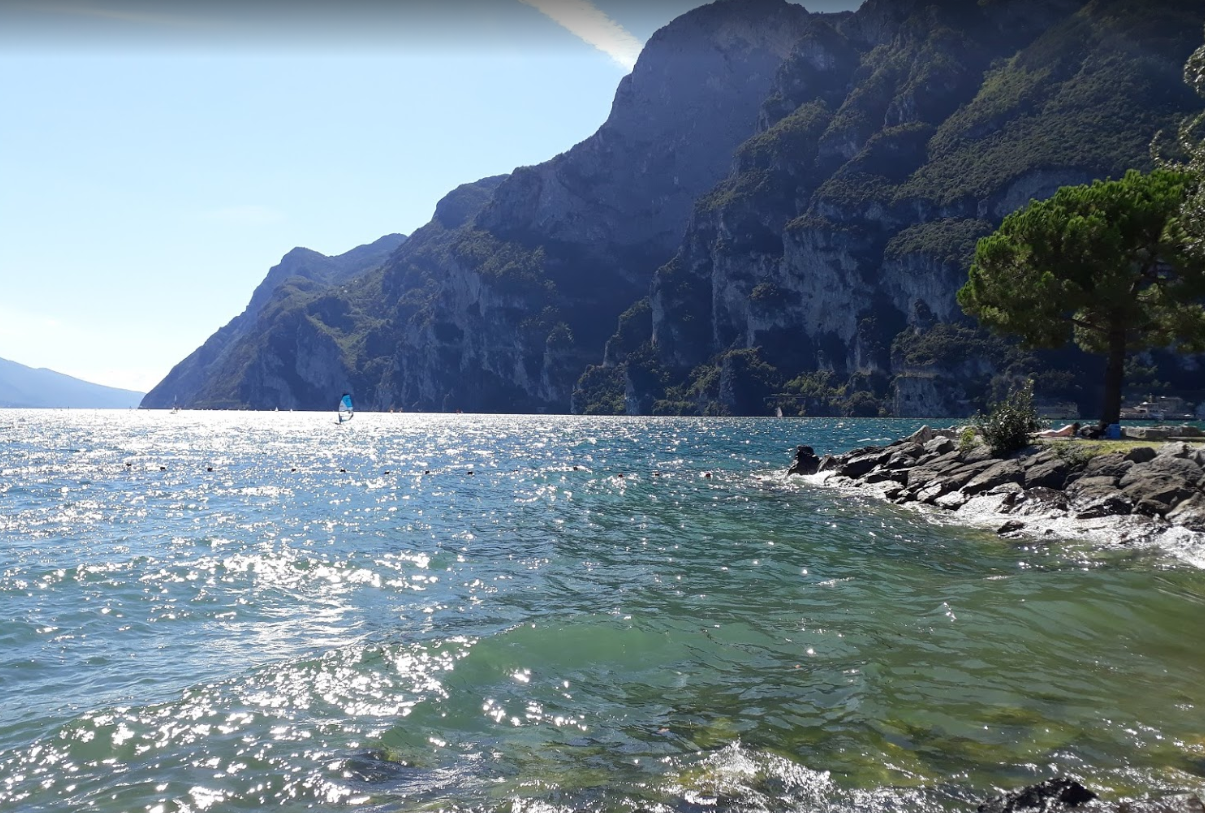 In the middle ages Riva del Garda was a fiefdom of the Bishop of Trent, but control of the city was often contested by other Italians such as the Venetians, the Scaligeri from Verona and the Visconti from Milan, as well as by foreign powers including the Tyrolese, Austrian, Germans and French. Despite these many challenges the city always retained a certain autonomy. Having started the 20th century as part of the Austrian Hapsburg Empire, Riva del Garda became part of Italy after World War 1 and part of Germany during World War 2. It is now firmly established in Italy, although the Austrian-German heritage can be seen in the architecture of the town. Because of the quality of its climate and some first-rate sanatoriums Riva del Garda was also visited by many literary personalities including Goethe, Nietzsche, Mann, Kafka and others. There is now significant modern expansion around the old centre of the city and the local economy in Riva del Garda relies on both tourism and certain industrial activities.

This historical footprint has left many small attractions to visit and Riva del Garda is one of the better basecamps in the area.  Especially for those who prefer a bit of liveliness at the end of the day.  With  plenty of shops and cafe's within the old city there is more then enough to keep you entertained for a day or two.

For more Travel Tips and Planning Service Contact at mailto:info@italiaoutdoors.com 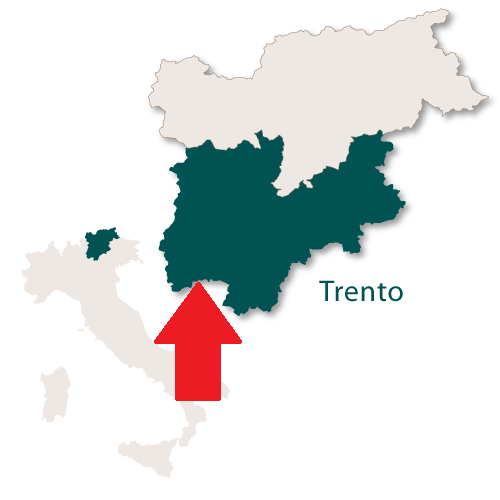 HOW DO I GET TO RIVA DEL GRADA?

By Plane - there’s no airport in Riva del Garda. The closest ones are in Verona (about one hour drive), followed by Bergamo and Venice (about two hours). Renting a car is by far the most convenient way to reach Riva del Garda, or you can opt for an airport pick up service.

By Train - The closest station to Riva del Garda is Rovereto, located on the train line connecting Verona to Trento, Bolzano, Innsbruck and Munich.

By Bus - There are buses connecting Riva del Garda to Trento and to the train station in Rovereto, as well as Verona, Brescia and other towns along the shores of Lake Garda, buses to Venice in summer and even the Flixbus to Munich. However, if you’re planning to visit Riva del Garda from other lakeside towns, the lake ferry is by far the most scenic way to travel to Riva del Garda!

By Car - The closest highway to Riva del Garda is the A22 – Brennero, connecting Modena and Verona to Austria and Germany. There are also two incredibly scenic state roads running along the eastern and western lake shore, but be very careful as they’re full of camera traps! Speaking from experience here 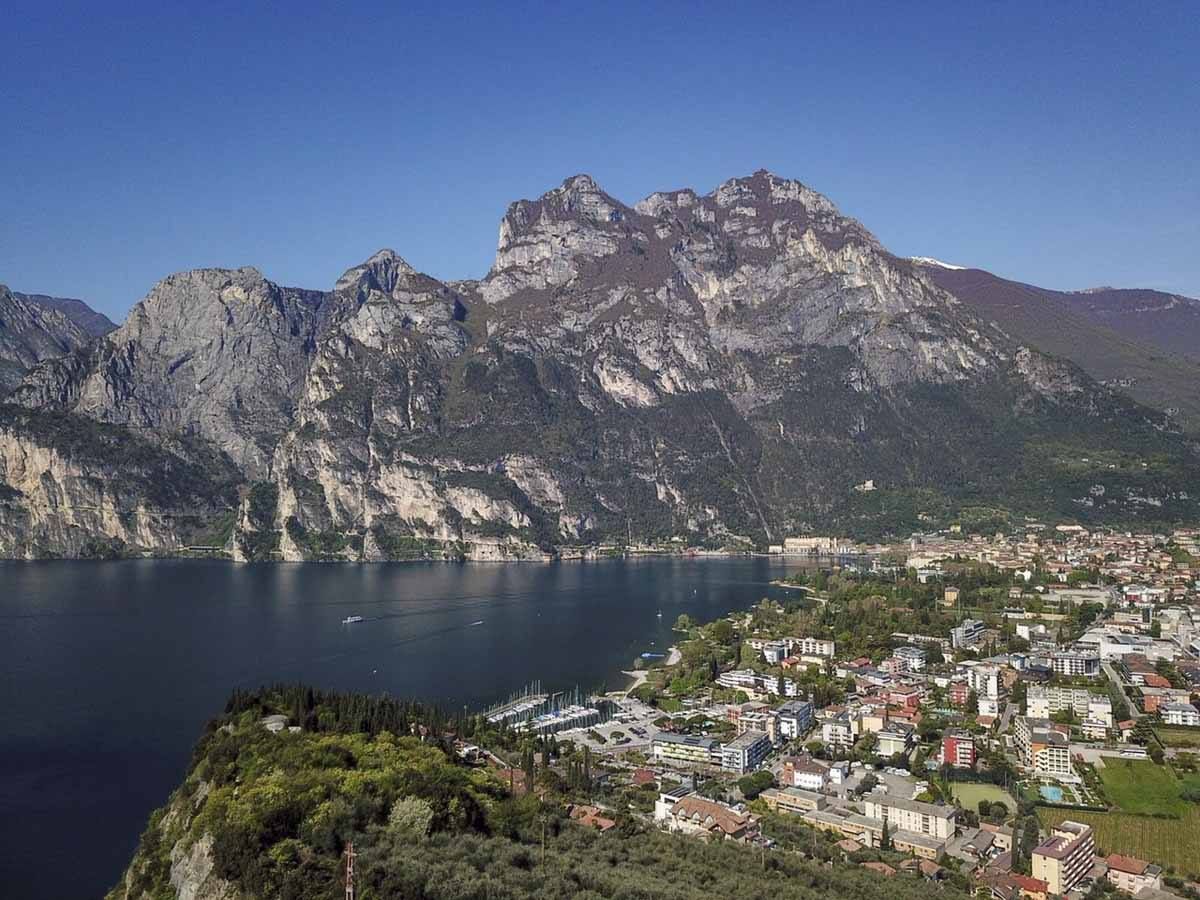 HOW LONG SHOULD I STAY IN RIVA DEL GARDA?

Time you allot to visit Riva is dependent on how you are traveling. If you are exploring the area by Car you could spend up to a week exploring the area but by public transportation only a couple of days is efficient use of your time.  Then you would want to change your base.  This is both for walkers and hikers.

BIKE TOURING - Several bike companies end their Trentino Tours in Riva but I do not like because there is riding along the lake is a hit and miss endeavor due to heavy traffic and winds.  Plus it is a 4 hour boat ride to the southern end of the lake.  At the most there are 3 to 4 days of good loop rides out of Riva.  However, if you are mountain biking you could stay a couple of extra days.

WATER SPORTS -  Riva is not a bad choice to base if you prefer a bit more liveliness but Torbole is a better choice and not in the ferry lines as much.  The crowds in Torbole tend to be windsurfers and mountain bikers where as Riva you will find more general tourist.

ROCK CLIMBING - I might visit on a rest day but it makes no sense to stay in Riva with Arco just a few miles away. 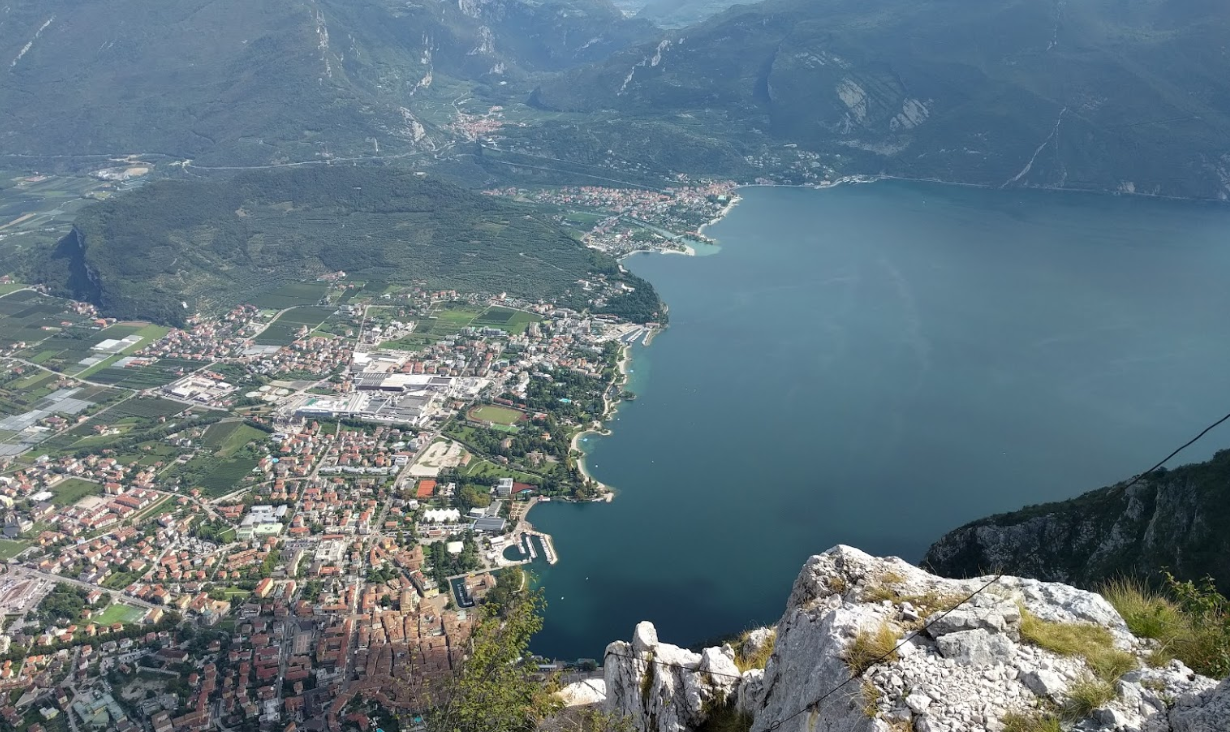 WHAT IS THERE TO DO IN RIVA DEL GARDA?

WALKERS - A short walk from Riva del Garda also takes you to the Varone Waterfall, about 100 metres high and well worth the walk. Lake Tenno and Lake di Ledro, both of which are in scenic positions surrounded by mountains are short bus rides away.

As mentioned above there is a very popular windsurfing centre based at nearby Torbole, with a reliable wind from the mountains blowing out across the lake. You will also find a good sized pebble beach on the edge of Riva del Garda.

The other towns around the shores of Lake Garda can also be reached using the ferries that regularly cross the lake, although from here it is quite a long boat journey to reach those at the southern end of the lake such as Sirmione.

Heading north from here and away from the lake you reach Arco, a picturesque village and the center for rock climbing in Northern Italy.

There is great Mountain Biking for all level with plenty of service providers for bike rental, repair, and shuttle lifts for downhills.  There are also two bike paths linking part of the valley and over to Rovereto.

IF YOU ARE PLANNING A VACATION TO ITALY IN 2023 AND WANT TO INCLUDE SOME OUTDOOR ADVENTURE AND NEED SOME HELP PLANNING OR GENERAL QUESTIONS CONTACT US AT mailto:info@italiaoutdoors.com