TOWN OF NIEVE IN THE CUNEO PROVINCE

Neive is a splendid medieval village located in the Western Langhe between Barbaresco and Castiglione delle Lanze. Neive is divided in two parts: the ancient one, rich of artistic monuments, and the most recent one, where the commercial activities are gathered. Neive produces some of the best wines in the Langhe.

Neive is called the land of four wines: Barbaresco (made with the Nebbiolo grapes), Barbera (with the Barbera grapes), then Dolcetto d’Alba (with the Dolcetto grapes) and finally sweet dessert white wine Moscato d’Asti (with the Muscat variety).

The history of this small town dates back to Roman times, where there was a significant settlement on traffic route between Alba Pompeia (Alba) and Aquae Statiellae (Acqui Terme). At that time (about 1000 b.c) it was owned by the rich aristocratic family Gens Naevia and apparently the town name derives from their name. The most ancient monuments remained on the top of the borgo, called Pian Castello.

Unfortunately the castle (castello) has shared the same fate of many spectacular buildings in this part of Piedmont and it was destroyed (in 1276) during the battles between the towns of Asti and Alba. But we can still exploire the old borgo city plan, characteristic for Northern Italy, called ricetto (buildings were situated pentagonal on the top of the hill, fenced with a towered wall, sometimes with a fosse. Such constructed villages was supposed to defend goods (rural tools, harvest, cattle) from the enemy attacks).

What to See in Nieve 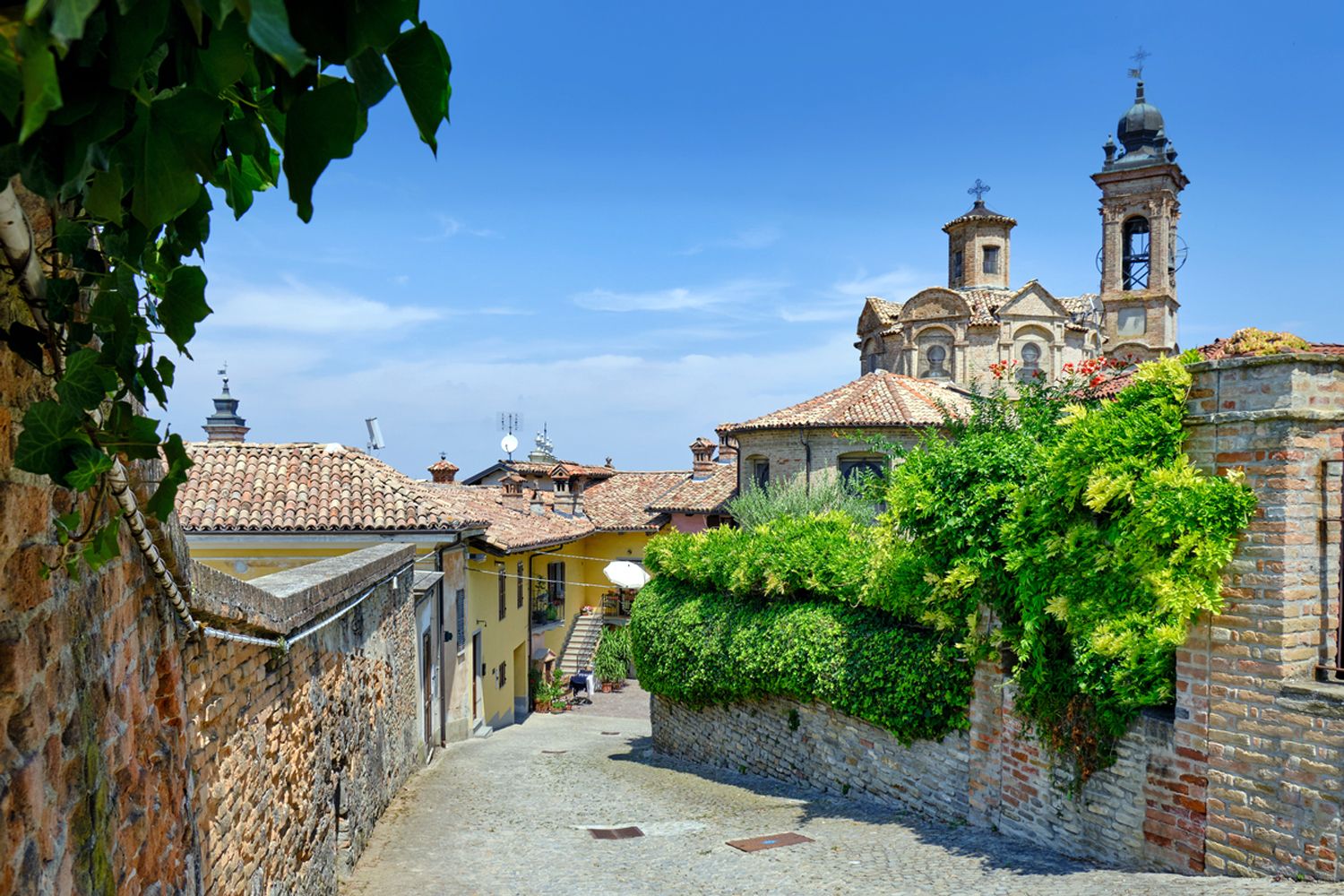 Where to Stay in Nieve

Neive is a small town and it does not attract many tourists except for those who are interested in wine. For this reason, there are only a few accommodation options in the town. Most visitors visit Neive as a day excursion and stay in the neighboring cities like Turin or Cuneo since there are several accommodation options available in those cities. There are a few small hotels and bed & breakfasts in town where visitors can get comfortable rooms at low prices. Some of the best hotels in Neive are Hotel Villa Lauri, Langhe Country House, Borgo Vecchio, Agriturismo Cascina Longoria, Al Palazzo Rosso, Castello di Coazzolo.

Where to Eat in Nieve

Neive has a handful of good restaurants where visitors can eat. Most of the restaurants in town are small and casuals and visitors would mostly see the locals hanging out at these places. The food served in most places is simple Italian dishes and made with fresh ingredients and local cheese. Some of the best restaurants in Neive are Ristorante La Conea Di Neive, ristorante la Luna Del Pozzo, Cantina Del Rondo, pizzeria Del Borgo and pizzeria di Torasco Giovanna. There are also a few good bars and cafes located in Neive.

How to Get To Nieve

From Alba: Take the SP 3 for Asti towards Pertinace / Tre Stelle / Barbaresco / Mango and then reach your destination.

From Cuneo: State Road 231, towards Asti until the Castagnito crossroads, then continue on Provincial Road 3 until you reach your destination.