Lake Iseo or Lago d'Iseo or Sebino is the fourth largest lake in Lombardy, Italy, fed by the Oglio river. It is in the north of the country in the Val Camonica area, near the cities of Brescia and Bergamo. The lake is almost equally divided between the Provinces of Bergamo and Brescia. Northern Italy is renowned for its heavily industrialised towns and in between there are several stunning lakes. Lake Iseo remains one of outstanding natural beauty, with its lush green mountains surrounding the crystal clear lake. There are several medieval towns around the lake, the largest being Iseo and Sarnico. These are filled with bars, shops, cafes, hotels, B&B's and several campsites running alongside the lake shore. 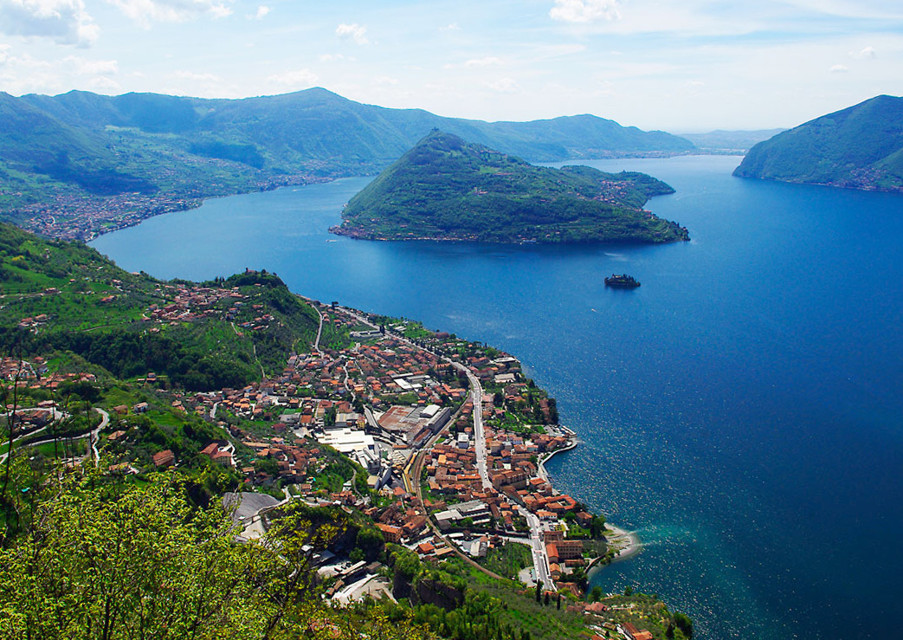 The Franciacorta wine region, just minutes away from the lake produces some of the worlds finest sparkling wines. The road north to Switzerland used to run along the side of the lake, and stories about entire families being swallowed up by the murky waters abound. A much safer road, carved into the side of the mountains, now exists. In the middle of the lake is Monte Isola (or Montisola). There is easy access via the regular running lake ferries.

Around the shore of the lake are a number of small towns:- On the Brescian side:

On the Bergamo side: